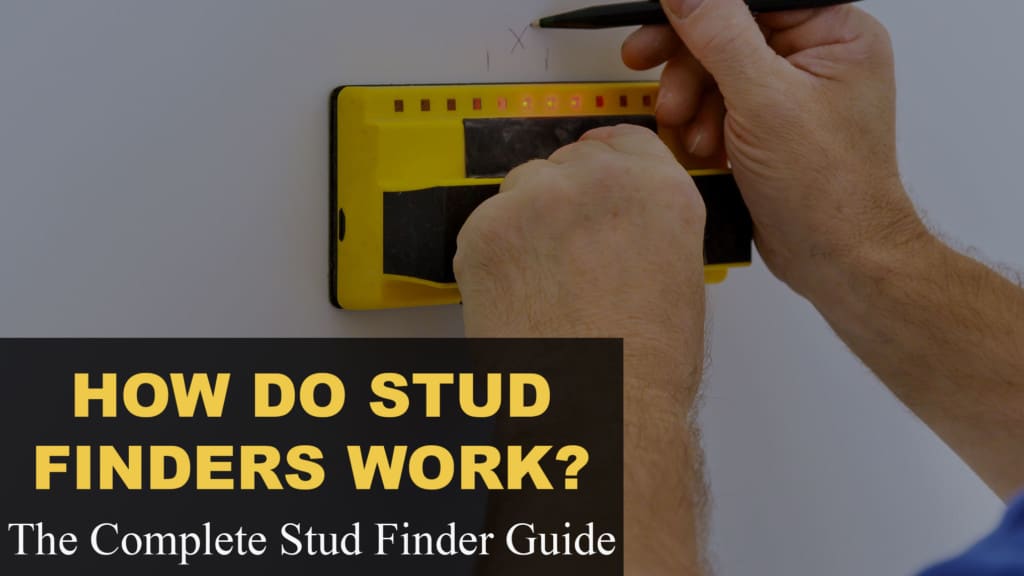 If you’re hanging up a regular shelf, a heavy picture, or mounting a tv onto your wall, you definitely don’t want them to falling off unexpectedly. To prevent such a disaster, you’ll want to attach them to a sturdy surface, like a stud… in the wall. The problem is, studs in most homes are covered by drywall or plaster making them difficult to find. And that’s where a stud finder comes in handy!

Now, if you’re reading this page, you probably already know that you need to use a stud finder, but want to learn how they actually work or how to use one. Well, that’s what we’re here for, so let’s dive right in!

ToolLogic.com earns a commission from purchases made through links in this post. Learn More

In the most simplistic terms, a stud finder works as a wall scanner. The most basic stud finders use a magnet to detect the metal nails and screw used to mount drywall to the studs.

With the help of some electronic circuitry, it calculates the density changes within the walls. When the density of the material changes, the stud finder alerts you. When compared to wall board, wood studs are much more dense. That’s why you calibrate the stud finder by first starting on an area where you know there aren’t any studs.

How to Use a Stud Finder

Watch the following video to get a better idea on how to use a stud finder:

What Is the Best Stud Finder?

There are lots of stud finders on the market, but are you wanting to get the best for your money? Check out out top recommendation.

Zircon StudSensor A200: Our Top Choice

The Zircon StudSensor A200 is what we consider the best for the money when it comes to stud finders. It is an electric stud finder with multiple features that are valuable for a reasonable price.

It has two stud detection modes that can detect wooden and metal studs at various depths. StudScan mode finds shallower wood or metal studs up to 0.75 in. (19 mm) deep while DeepScan mode doubles the scanning depth to 1.5 in. (38 mm).

All scanning modes have the WireWarning Detection mode that runs automatically. This mode can detect live unshielded electrical wires up to 2″ (50 cm) deep.

The Zircon A200 also has Auto Correcting Technology (ACT). This feature means you will have fewer errors when looking for studs. The device works by calibrating on its own to better detect studs, wires, or any other materials behind the wall.

How to Use Your Phone as a Stud Finder

If it’s more convenient and you are a bit more tech-savvy, you also have the option to a Stud Finder App on your phone.

As mobile phones are more prevalent than ever, the old saying of, “there’s an app for it” applies to stud finders as well.

For this to work, you have to make sure that you have an updated phone with a magnetic sensor. After you check up on that, you are good to go. Check out this list of the top 20 Stud Finder Apps for you to download if you think this would be a better option for you.

Now you know how stud finders work, what we think is the best model, as well as their purpose, the two different kinds, and how to get access to a phone app if you prefer that option instead.

With this information, you now have the knowledge to choose the best stud finder that will work the best for you, your home, and your wallet.

About the Author Josh P.

I'm a computer geek by day, but I've been building and fixing stuff for as long as I can remember. I have a passion for DIY and woodworking projects and my wife considers me a tool junkie. One day I hope to finish the never-ending list of home improvement and remodeling jobs around the house.